She opened with “June,” which I hoped she would.

The first time I listened to “High as Hope” I was stunned by the song, and I thought that beginning an album with the words “The show was ending” was a beautiful juxtaposition. While on stage every pose, every movement she made was pure art, like she was putting on a live renaissance painting for the audience. “Hunger” followed, and I was so glad, because their placement together on the album is perfection. 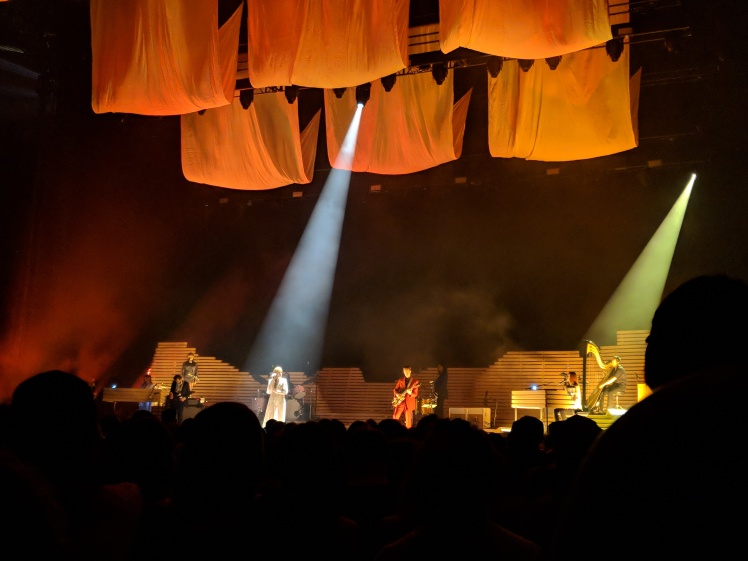 Between songs Florence thanked us in her small, high, sweet voice. You can hear that she’s smiling, breathless with singing and dancing and happiness. Her shows are unlike any others I’ve been to. She frequently pauses to take in the audience; wide, sweeping arm gestures, pointing out toward thousands of screaming, adoring individuals, all who have been deeply touched by her music. She loves us, she cares about us, and it is wonderfully apparent.

I took more photos than I did the first time I saw her (three years ago for her How Big, How Blue, How Beautiful tour) because the lighting was so powerful and emotive. Every time the spotlight hit her, with the background going dark, I felt stunned and enraptured. I wanted to preserve the moments for art reference, for the sake of looking at something so beautiful again and again.

Later in the evening she played “Between Two Lungs” and “Cosmic Love.” I’m always happy to hear songs from her debut album (seeing as I didn’t get to see her perform earlier in her career), and it’s even better when they’re some of my favorites. “Cosmic Love” is an absolute stunner, it takes the wind out of me every time and I feel breathless with emotion. Experiencing it live, with thousands of others belting the lyrics, the crowd swaying, arms up, eyes clenching and full-body singing, was enough to make me choke back tears only so I could keep singing too.

Rachel and I held hands, hugged, jumped, danced, sang, laughed, met strangers, put our arms up high, screamed, clapped, and clutched our fists to our hearts. We listened to Florence talk about not losing hope, about loving one another, about not forgetting that our individual actions matter and can bring about great change. I sank into deep satisfaction when they played “End of Love” and “South London Forever,” and I looked to Rachel with a grin on my face when they started up “Queen of Peace” (her favorite song from How Big, How Blue, How Beautiful). I sighed with relief when the quiet, tense beginning of “What Kind of Man” began to fill the air. 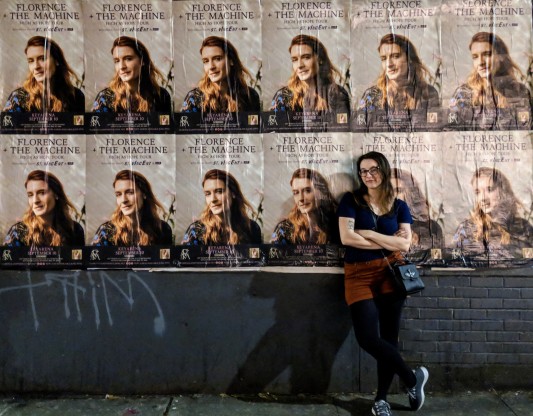 We found this poster wall and it was really freakin’ cool!

It was a fantastic show.

If by some twist of fate you end up seeing this, I want to say that your music inspires and thrills me in ways I can’t explain, but am extremely grateful for. Seeing you perform lends meaning to the phrase “this gives me life.” I look forward to whatever work you produce, and I hope you’ll be back to Seattle soon.

With Great Admiration and Love,

#selfie
Still alive and checking in with a selfie that makes me think I’m some sort of fuckin’ goddess
Still alive. Drinking cocoa.

I don’t know how you got here

but I’m glad that it happened